BON Conference – where did this all begin?

Over the last two decades, I have been extremely fortunate to work in a field of research that has connected so many excellent scientists, with bright ideas and with a common goal. This goal has been to study the relationship between carotenoids and co-nutrients for eye and brain health. In the early 00’s, my experience of the carotenoid scientific network was realised by participation at the ARVO meeting. During this meeting, with over 10,000 delegates, a small group of scientists would meet at a specific poster session, and this is where we would see the activity of the macular carotenoid scientist. We would also meet for a macular pigment dinner on the Monday night of the ARVO meeting. This dinner meeting was established by Professor Max Snodderly, a legend and pioneer for macular pigment research.

With passage of time and with the evolution of the research from groups and centres all across the world, it became clear that the network meeting at ARVO was not sufficient to support the growing interest and requirement for a focussed meeting of scientists. It was the view of myself and Dr Alan Howard from the Howard Foundation UK, that a conference solely dedicated to our field was timely and merited. With this forward thinking and support from the Howard Foundation UK, the Macular Carotenoid Conference was born and was to take place at Downing College, Cambridge in July 2011. The first conference was titled “Macular Carotenoids and AMD” and was a great success. It was decided at that conference that there was a need to continue to support this network and we agreed to run the second conference in July 2013. The evolution of the conference was such that researchers had broadened their field of study beyond that of age-related macular degeneration and novel work was available in the area of visual function and cognition. The 2013 and 2015 conferences were rebranded as the Macular Carotenoids Conference. In 2015, the management committee, in consultation with the Howard Foundation UK, agreed that the pace of research and the breadth of research of our network merited another rebranding from the retina to the brain. Moreover, it was clear that the research being conducted was extending beyond that of just the carotenoids, and it was therefore decided to once again rebrand the network to the BON (Brain and Ocular Nutrition) conference. In 2018, 122 delegates once again participated at the international BON conference. 15 different countries were represented and the establishment of the Early Investigators Society was achieved.

The next BON conference, which is scheduled to take place 27th – 29th of July 2022, represents a unique platform for scientists at all stages of their career to present their work and join the unique membership of BON. The relationship between the academic communities within our field and the industry partners that have, for many years now, supported this network is truly unique. The goal success of the conference has been seen by the development of relationships across our network, publication of the novel works in special issues and book publications and by the recognition and awarding of excellence in science to the Early Investigators Society. We truly believe that the BON network will continue to provide a platform for the future in our field. 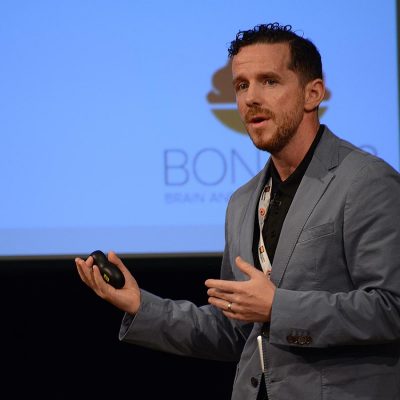